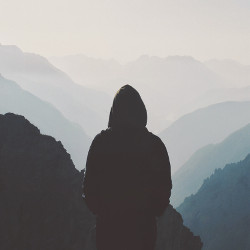 None. But hopefully you are feeling sharp.

It is very difficult to start off with rigorous mathematics. When I was younger, I always thought mathematics had some definite beginning. Nothing ever had to be loosely defined or taken for granted. The reality is partially true: the beginning is logic and set theory but they start off very rough.

Now I imagine Mathematics and all its fields as a path. This path comes out from under the dirt in rough patches. The path splits and recombines showing all the fields and its interconnections. There are wider paths (where more people travel) and there are stronger paths (that are more mathematically rigorous).

I will begin as far back as I can. And I will provide my own spin and definitions on these things.

We will try to ignore these problems.

From now onward, I will try not to use uncolloquial terms or undefined terms. If I do, please let me know so I can fix the issue. If a term is never defined, you should use a relevant dictionary and treat its explanation as a colloquialism.

Finally we are able to define the most basic objects in logic. We still need to colloquialise and define things in a circular manner. The specific name for this field is called Boolean Logic.